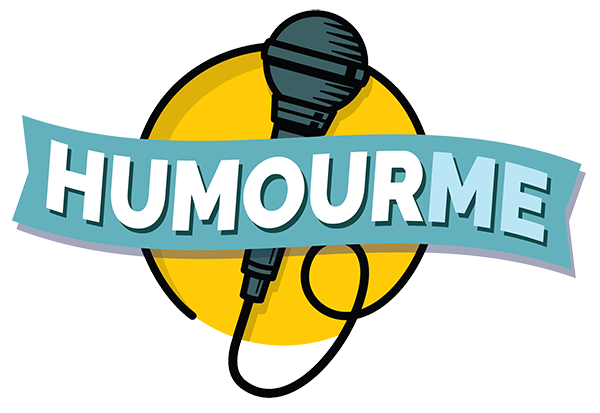 As boys growing up in Montreal in the 1970s, my older brother and I loved comedy.  Whenever something funny happened in our lives we would look at each other and say, “that’s going in the routine”.  We memorized Steve Martin’s A Wild and Crazy Guy routine and became “two crazy Czechoslovakian brothers” in our young imaginations.  About 17 years ago on the eve of my 40th birthday “the routine” had still never been performed.  I had degrees in law and business, was the CEO of a mutual fund company, father of four children and a husband of 18 years – not exactly a wild and crazy guy.  At the encouragement of one of my oldest and best friends, I took a course at Humber College on how to perform stand-up comedy.  There were people of all backgrounds developing their comedy chops with the aid of a professional comedian.  I went on to perform at open mics around the city ultimately earning my way onto the Yuk Yuk’s roster.

Humour Me was inspired by the comedic journey I experienced as the CEO of a mutual fund company learning the craft of stand-up, coupled with the fundraising angle of Dancing with the Stars.  Over the years I have called in every favour and IOU convincing some of Canada’s finest business leaders to perform a short stand-up routine to raise money for charity.  I must salute all our contestants as they are each celebrated in their field and worthy of a night of recognition and awards.  Instead they put themselves on the line to compete in a comedy contest to help those less fortunate.  It is a courageous and admirable deed.  It’s also a lot of fun.

We have raised over $16 million for some extraordinary groups who are working hard to make a real difference in the lives of Canadians.  Special thanks go out to our sponsors from me and the entire team.  Humour Me would not be possible without their generosity.  Or yours … thank you!

See you at our next show!